At Innovetive Petcare, saving animals is part of our DNA, evident by the decades-long collaboration between Country Brook Animal Hospital in North Texas and their local animal welfare partner, the Garland Animal Shelter & Adoption Center. Over the years, Country Brook has provided pre- and post- veterinary services to those pets picked up by animal control in desperate need of critical veterinary care outside of what the shelter could provide. Space at the shelter continued to decrease as the number of homeless pets increased—and fortunately, Country Brook Animal Hospital and the City of Garland took notice.

Thanks to a new bond voted by the city’s residents, the doors to a newly expanded, $12 million, 23,000 square-foot animal shelter opened in Spring 2022, doubling the capacity of the Garland Animal Shelter’s prior space. They can now provide safe and clean housing for up to 400 dogs, cats, even exotics, with an expectation to care for 6,000 animals annually.

This local partnership was strengthened further because the Garland Animal Shelter is now encouraging new adopters to visit Country Brook Animal Hospital with a complimentary wellness exam by providing a healthy start for newly adopted pets. This is helping lessen shelter overcrowding, and driving client awareness of their preferred veterinary partner. 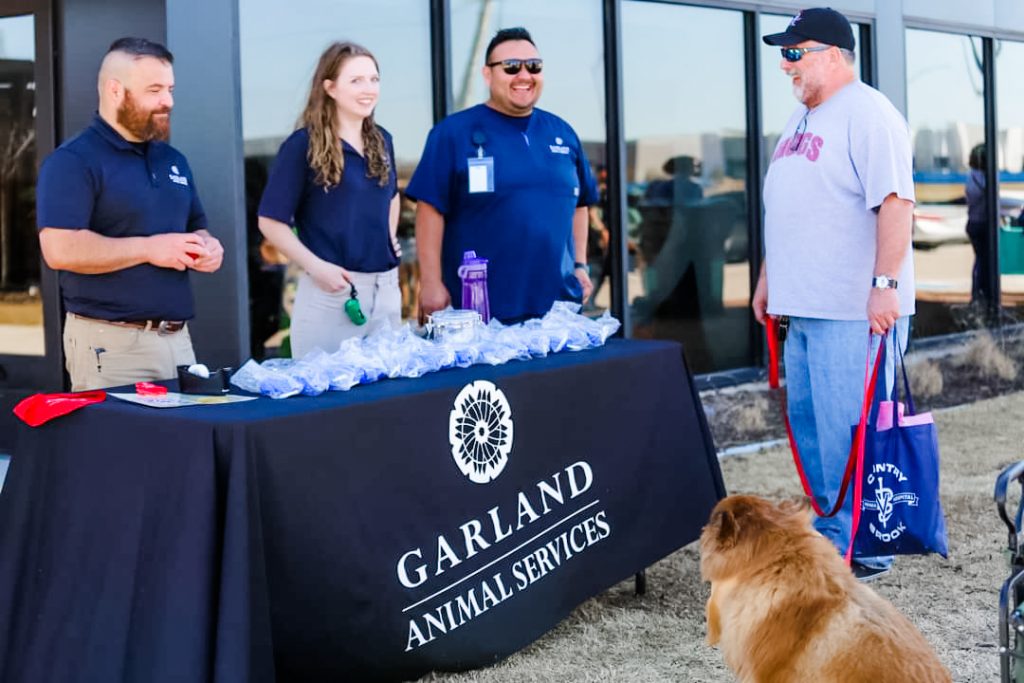 A Day of Celebration

Country Brook Animal Hospital was the only veterinary clinic present at the event, and the community immediately recognized their commitment.

“For years, we have sent clients their way looking for pet adoptions, and they have returned the favor by recommending our hospital to their new pet adopters. We are also humbled to know they trust sending pets to us who have been picked up by animal control and need critical medical care they could not offer.”

They made sure her team had plenty of Free First Exam flyers available for the shelter’s adoption folders that day, and moving forward, any pet adopted from the shelter would receive a free examination at Country Brook within 30 days of adoption.

On the event day, Country Brook met potential new clients and patients because those who adopted pets were sent out the shelter’s front door directly to their booth to discuss the wellness exams found in their adoption folders!  Country Brook also elicited donations for animals in need, “by the end of the day, we brought in over $300 on our prize wheel which, is something that we never expected to have happen. When we put that money right back towards the animals, it was a very rewarding feeling.”

Country Brook’s dedicated veterinarians and team members attended the booth to meet and greet the public, so there was quite a crowd surrounding the booth all day,an  including Dr. Ponsford, the hospital’s new medical director. Country Brook was very excited about being part of such a successful event with their shelter partner.

“Supporting our shelter – both in partnership and by co-hosting events with them – is an incredible art of our culture. We know that preventive care is the best way to address health issues and disease, and we want to play our part in providing that veterinary care to as many pets as we possibly can.” 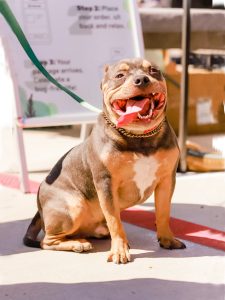 One of the many smiles seen during “Garland Animal Shelter & Adoption Center Grand Bonanza”. 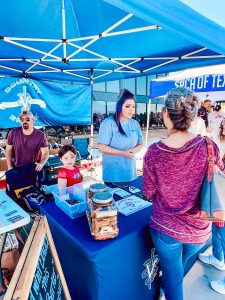 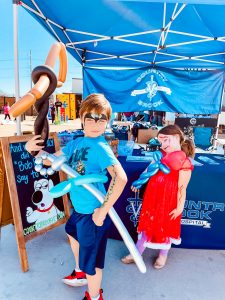 Kids seen playing at the event– not only with each other, but with the adoptees, too!

Amy Dunphy, an Outreach Coordinator for the shelter, said that many pet adoptions come back to the shelter within the first couple of weeks for various medical reasons. Typically, these pets have been recently spayed or neutered, and the new pet owners worry about the incision sites. Sometimes they come back because they are concerned that they aren’t settling in well. Other times the pet may have developed a minor skin allergy in their new environment.

Whatever the reason, newly adopted pets typically don’t need to go “back to the shelter” for minor medical issues– and why Country Brook hopes by providing free initial exams to adopters, they can lessen the return to shelter and alleviate the stress on these pets. This will also allow the shelter to tackle critical cases, focus more on pet adoption, and reduce euthanasia or adoption failure rates in the area.

Country Brook believes its efforts with the Garland Animal Shelter are the first steps towards educating the community about preventive care.